Will the US Legalize Marijuana Federally? Here’s What We Think 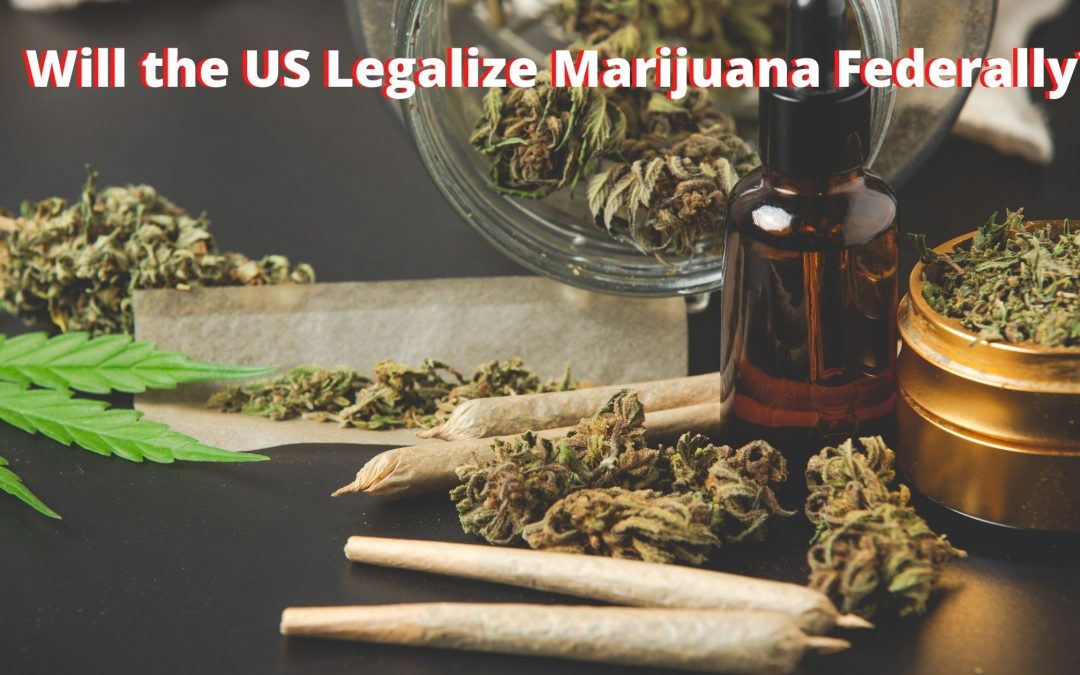 New President-Elect Joe Biden and the first woman Vice President Kamala Harris received immense support from people all over the US. While these two elects will shoulder responsibilities as soon as the new session begins, they will also have to deliver on the promises made.

For instance, Kamala Harris’s stance on cannabis legalization is quite clear. In fact, she has spoken in favor of cannabis decriminalization time and again. So, the cannabis community will be looking forward to seeing the Marijuana Opportunity Reinvestment and Expungement Act (MORE) on the Senate floor by next year. Does this mean cannabis will be legalized federally and you could purchase marijuana without a medical cannabis card? Read on to find out.

As long as Kamla holds the office of the VP and Biden supports the MORE Bil, the cannabis community can look forward to nationwide legalization. The only bad news here is the GOP Senate and the majority leader Mitch McConnell. You see, Mitch McConnell is a staunch Republican and his views on cannabis legalization are very different from the Democrats.

The Democrats have a less stern outlook towards cannabis. In particular, cannabis decriminalization and how cannabis can help reduce color-based discrimination. In fact, the MORE Bill will help resolve the afore-mentioned problem. Plus, it will also help expunge previous cannabis-related criminal records. So, it will be interesting to see whether the Democrats will push the bill forward or else compromise on the policies that receive no recognition from the GOP-Senate.

President Biden Is Partially In Favor of Federal Legalization

Let’s face it, President Biden was never a fan of cannabis legalization. In fact, he was always in favor of tightening the rules associated with drug policies. His view on cannabis legalization changed only recently. According to a news source, President Joe Biden, in his answers to a cannabis-related question mentioned that more scientific evidence is required to prove the therapeutic potential of cannabis.

He also mentioned that people’s health matters so scientific evidence and research could help him make the final decision. On the other hand, as far as legalizing cannabis federally is concerned, it will be interesting to see how he fairs with his counterpart Kamala Harris who strongly believes in marijuana legalization.

So far, the Senate is under the control of the Republicans. This also means that Democrats will face a hard time convincing or agreeing to the opposition policies. In particular, bills related to the environment and health care services. Not only this but the cannabis bill will also receive the same treatment. As long as majority leader Mitch McConnell leads the Senate.

The only good news for the cannabis community here is that the GOP Senate will go into re-election in 2022. These elections will be an opportunity for Democrats to gain control over both the chambers. Until then, we have to wait and see how everything turns out for the cannabis industry.

States Legalization Will Be a Driving Factor

Even before Joe Biden was elected the new US President, four states (Arizona, Montana, South Dakota, and New Jersey) legalized cannabis for adult-use. The only exception here is that you still need a medical cannabis card to avail of marijuana from state-licensed dispensaries. Especially, until the regulatory bodies are handing out licenses. Despite the delay in legalization, one thing is for sure, the majority of state residents have voted in favor of cannabis legalization. Now, it’s up to the leaders to fulfill the promise and deliver the best results.

Not only this but look at the states who are already on the verge of legalizing cannabis. States such as Nebraska, Mississippi, Nevada, Colorado, and Georgia are looking forward to legalizing cannabis by the end of 20121 or maybe early. Overall, state voters have given their verdict, and they would want the Democrats to push legalization in a positive direction.

Joe Biden’s recent stance on decriminalizing medical cannabis and Kamla’s stand on expunging previous criminal records indicates that a tough approach to cannabis legalization is no longer acceptable. People will not accept a tough-on-crime approach and the same signals that the Democrats may have to start working on cannabis legalization soon. Even though, for now, everything is a blur, it would be interesting to see what the Senate has in hold for cannabis legalization.